The faculty of the Center for Cyber Defense & Forensics comes to Tiffin University from the real world. Our faculty have worked in the military, law enforcement, homeland security, international security, and private industry, allowing them to bring that knowledge and experience to the classroom. They are active in consulting in and maintain real connections to their areas of expertise, which adds to the real engagement and immersion into the study cyber security in the classroom. 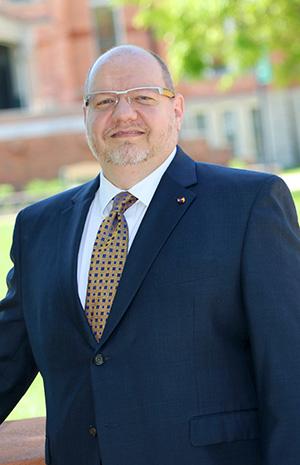 During his time in the Air Force, Professor Selnick spent four years in Ottawa, Canada, as a Foreign Exchange Officer with the Canadian Forces, serving in a semi-diplomatic capacity. He also served in Baghdad, Iraq, as part of Operation IRAQI FREEDOM, where he helped plan, execute, and manage the largest logistical movement of U.S. troops and materiel since World War II–including subsistence products worth over $3 billion per year. As a result of his efforts, he was awarded the Lance P. Sijan USAF Leadership Award at the Major Command level. Professor Selnick later served as a communications officer for Special Operations Command Central, serving in Iraq, Afghanistan, and other countries in the Middle East as part of Operation ENDURING FREEDOM. His responsibilities included tactical and base-level communications for Special Operations Forces in the entire U.S. Central Command Area of Responsibility. In 2007, US Central Command named him the Communications Officer of the Year. Professor Selnick’s last assignment prior to retiring from the Air Force was as the Chief of Cyber Security Strategy and Planning at the Pentagon in Washington, D.C. There, he was responsible for numerous efforts, including working cooperatively with our defense industry partners to better protect their networks from cyber espionage and with the Intelligence Community to determine the damage that resulted (in terms of dollars, technological knowledge, and the development of countermeasures) from cyber intrusions. He also worked extensively with offices across the service to reorganize the way the Air Force manages cryptography.

He is a co-author of a cultural heritage protection guide jointly published by the DoD Legacy Program and the Combatant Command Cultural Heritage Action Group and also a contributor to a United Nations Educational, Scientific, and Cultural Organization effort to develop cultural property training for militaries around the world.

Professor Selnick is a member of the Royal Institute for International Affairs (Chatham House), an independent policy institute based in London, UK; the US Committee of the Blue Shield; the Archaeological Institute of America and its Cultural Heritage Military Panel; the Military Cultural Heritage Advisory Group; the Society for Military History; the Air Force Association; and the Jane Austen Society of North America. He is also a certified Project Management Professional ® through the Project Management Institute.

Professor Selnick has a Bachelor of Science in Business Administration degree with a concentration in Management Information Systems from Bowling Green State University, a Master of Organization Development degree, also from BGSU, a Master of Arts in War Studies from the Royal Military College of Canada, and his Doctor of Philosophy degree in Media, Culture, and Heritage Studies from Newcastle University, where he researched the effectiveness of international laws in helping to protect cultural property in conflict zones. Dr. Yurekli has been working in the information security field since late 1990’s. He has taken research, consulting and management roles at Informatics and Information Security Research Center, which is the national technical authority in Turkey for development and testing of information and communications security systems. He has then acted as Information Security Coordinator at OCCAR A400M Military Transport Aircraft Programme Division in Toulouse, France for nearly five years. His latest assignment before joining Tiffin University was Visiting Postdoctoral Researcher at MPACT (Mobile, Pervasive and Autonomous Communication Technologies) and ADWISE (Advanced Wireless and Security) Labs at Florida International University. He has also taught information security and telecommunication networks courses in Florida.

Dr. Yurekli has received all his degrees, i.e. BSc in Physics, MSc and PhD in Biomedical Engineering, from Bogazici University, Istanbul, Turkey. Before academia, Owen has worked a variety of different jobs that have allowed him to develop a wealth of knowledge to pass on to students entering the field. Professor Fritz is a graduate of Tiffin University and is proud to be a #dragonforlife! Outside of the University, he has many different passions and interests that keep him involved in the community. One passion is weather, and Owen is responsible for the Sandusky County Skywarn (Storm Spotters) program that falls under the Sandusky County Emergency Management Agency. Also, he is an Asst. Emergency Coordinator for the Sandusky County Amateur Radio Emergency Service program that is back up communications when disasters should occur. Owen also is an avid fan of basketball as he can see him at most Dragon home games working scoring at the table as well as he is active with many activities around campus including serving as a Faculty Advisor for the ACM (Association of Computing Machinery) Student Chapter. Dr. George Miller, an undergraduate alumni, is an Associate Professor of Computer Information Systems at Tiffin University. He started with Tiffin University as an adjunct instructor in 2012 and went full time in the fall of 2016.

Previous to his time at Tiffin University, Dr. Miller, worked as a full-time instructor, starting in 2005, at a small college in Findlay, Ohio. The duties included instructing business and technology courses and serving as the Director of Technology (DOT), overseeing their student local area network (LAN) and a liaison for the wide area network (WAN), between corporate and the local Findlay college. Prior to his time in education, Dr. Miller spent 28 years in manufacturing. He also served as a board member for the Stansanco Tiffin Works Credit Union, an auditor for the same credit union and prepares tax returns for the past 34 years.

George has lived in Tiffin his whole life and has been married to his wife Sharon for 30 years. Sharon is an adjunct instructor for accounting in the Tiffin University MBA program. The Miller’s like to travel and have spent time in all 50 states. 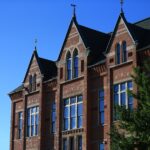